The Nuclear Reactor Building on the University of Washington Campus has been fighting hard for nearly two years, and following a controversial Superior Court ruling in favor of the University, the building’s future is looking bleak. The judge ruled that, as the University is an educational institution, it does not need to comply with Seattle’s landmarks preservation ordinance. The University began deconstructing the building this month but the deconstruction is currently on pause after the City issued a stop work order and notice of violation due to UW’s lack of a demolition permit.

Both on the National Register and a Seattle City Landmark, the Nuclear Reactor Building tells an important story and is an example of Brutalist architecture at its best. Brutalism, known by most for its dense concrete forms, is here represented in soaring angles and beckoning walls of glass. The building and a number of organizations and individuals have put up an impressive fight to save this iconic and historically significant landmark, and it is disappointing to see it teetering on the brink of destruction.

While the Nuclear Reactor Building may be on its last legs, it is still standing. Even it its now dilapidated state, the building stands tall, its unique roofline unmistakable above the plywood window coverings. I recommend that you visit the Save the Reactor website if you want to learn more and check updates. And carry on the battle cry of the Nuclear Reactor Building, “don’t hate me because I’m Brutal.”

Update (July 19): the Nuclear Reactor Building was demolished. I am very sad to see this building go. Fortunately there are extensive records, which I hope will be kept on file for some time to come.

The Seattle Times on the court ruling back in April.

The Save the Reactor site.

Docomomo WEWA (Documentation and Conservation of the Modern Movement, Western Washington) has a building history and pictures of the Nuclear Reactor Building in its list of endangered properties.

Knut Berger wrote a troubling piece about how this court decision may negatively affect other endangered properties (you may have noticed this one go by if you follow me on twitter).

I previously wrote about the Nuclear Reactor Building last November. The non-boarded-up photos shown here are from this post. 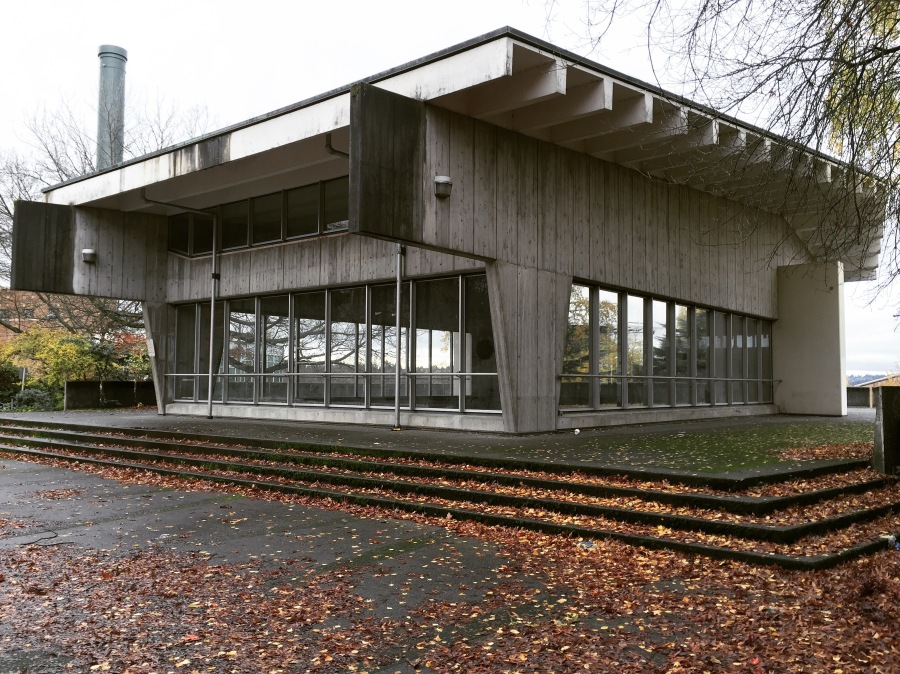 7 thoughts on “Saying Goodbye to the Nuclear Reactor Building”