The Robie House, in Chicago’s Hyde Park neighborhood south of downtown, is a Frank Lloyd Wright masterpiece and a testament to evolving technology in turn-of-the-century America. It was built in 1910, a crowning culmination of Wright’s Prairie style houses. It also went though a recent restoration and it looks stunning.

Recent work included restoring art glass windows and recreating elements including light features, built-in cabinetry, carpets, the magnesite flooring on the first floor, and the plaster wall covering. The restoration even included recreating the art glass door, the effect of which is breathtaking.

If you go on one architecture tour in Chicago, make it the Robie House. (My other top recommendations? The Frank Lloyd Wright Home and Studio and the architecture boat tours.) 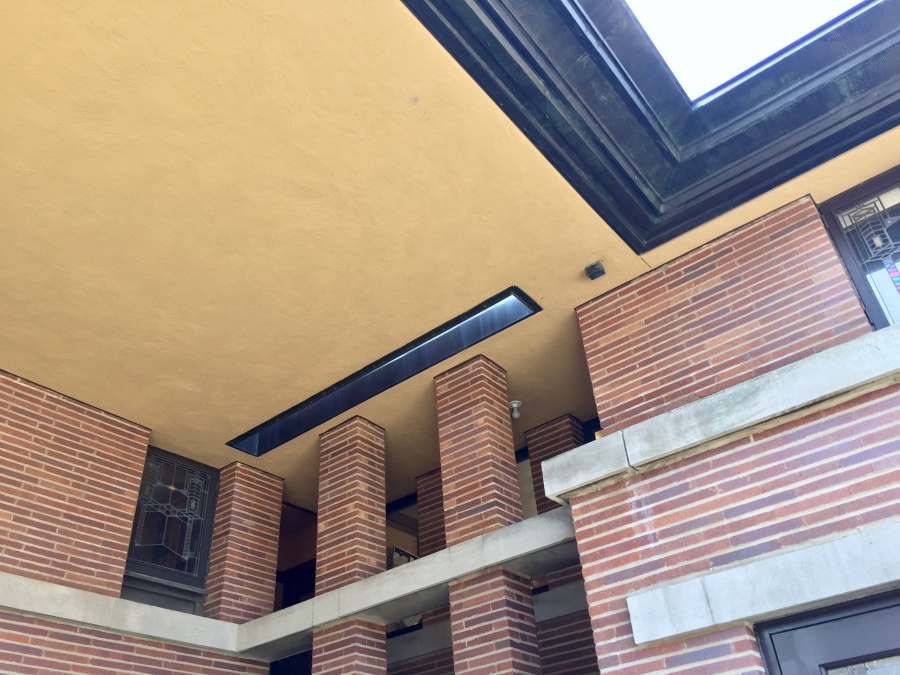 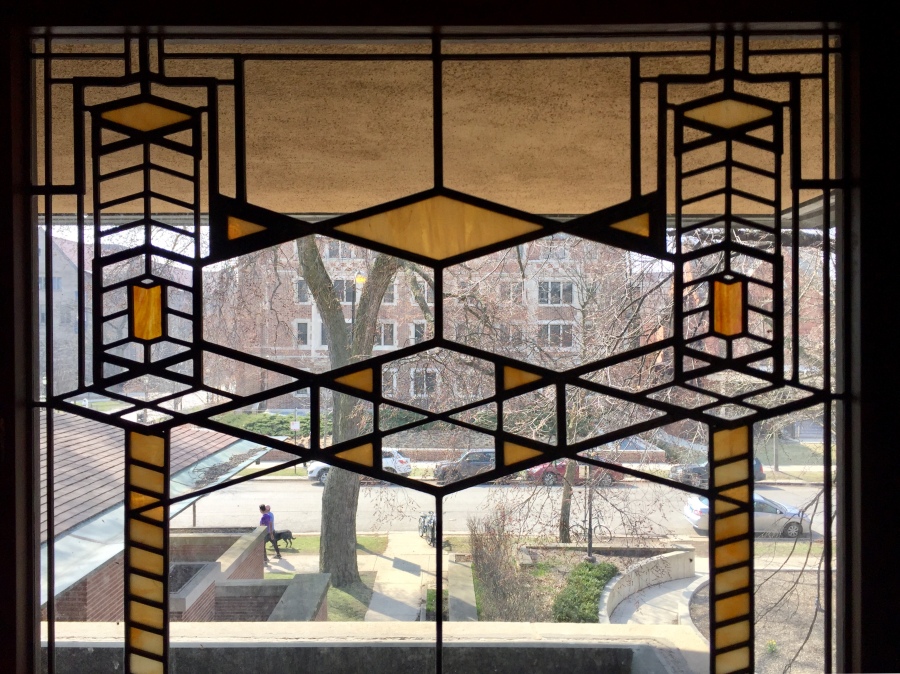 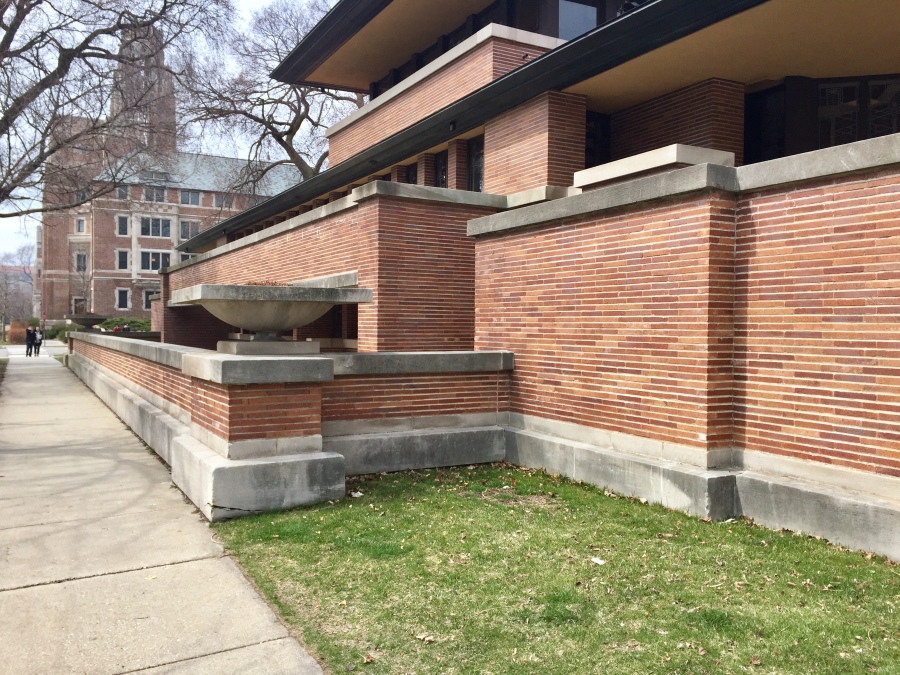 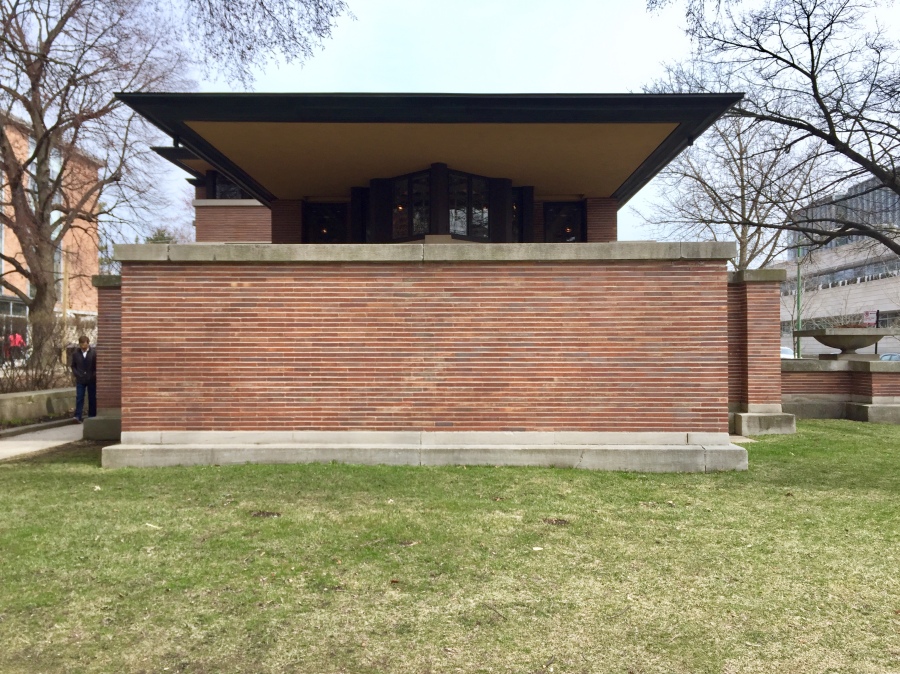 I previously wrote about the Robie House and its contemporary neighbor here.

Want to go on a tour? Learn more and make reservations here.

Interested in Frank Lloyd Wright? Check out some of these previous posts:

If You Ask Frank Lloyd Wright for Tudor Revival

What Came Before Prairie Style 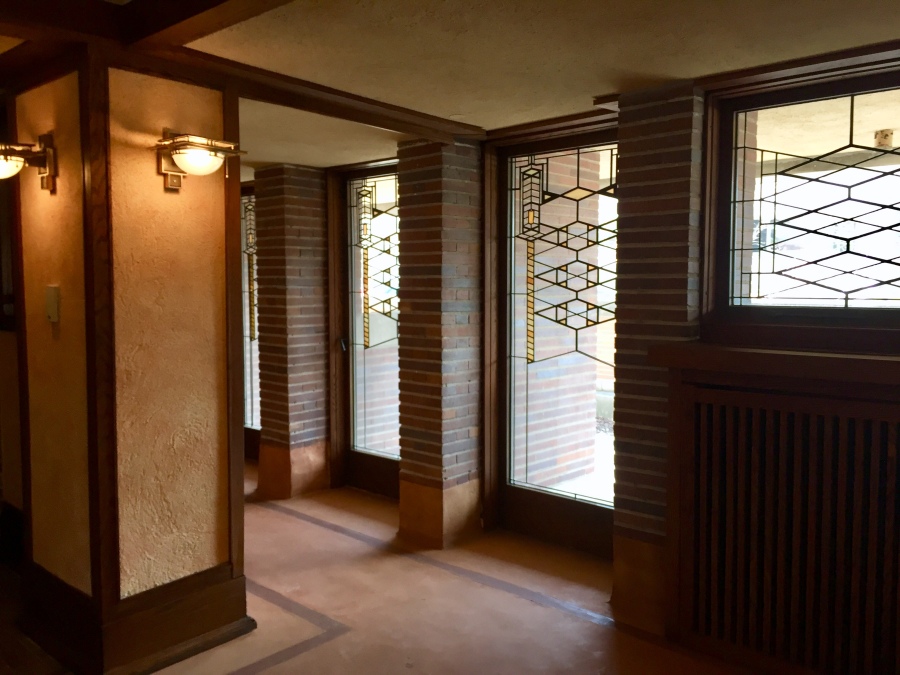 5 thoughts on “Restoring Robie: A Window into the Past”