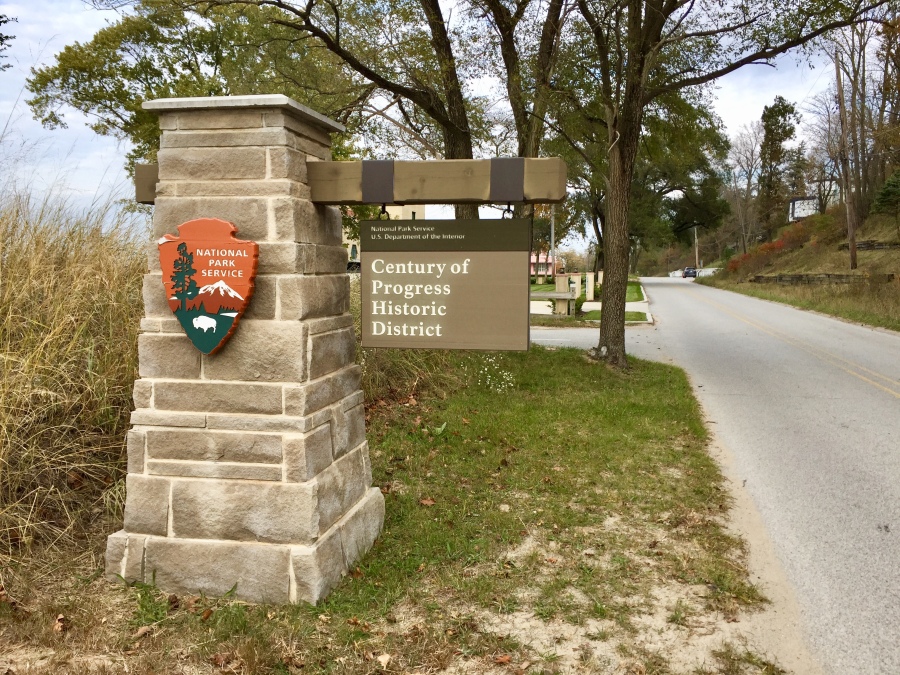 In the mid-20th century, the United States had its gaze steadfastly fixed on the future. Just look at Tomorrowland in Disneyland, which opened in 1955, with the Space Age quickly on its heels in 1957. Two decades earlier Chicago hosted the 1933 Century of Progress International Exposition, a world’s fair with a theme of technological innovation. Among the innovations were five model houses, featuring everything a future citizen of the United States would need: dishwashers, automatic garage doors, air conditioning, and, yes, an airplane hanger. Naturally, some ideas of the future were completely incorrect (not just the airplane hanger). The Cypress Log Cabin was, in fact, a log cabin. But others pushed technological boundaries and led to innovation. The Armco-Ferro House inspired the prefabricated houses made by the Lustron Corporation following World War II and the House of Tomorrow proved that glass houses could, in fact, stay warm in the winter thanks to solar heat gain.

Luckily, seven of these futuristic houses were shipped to Indiana following the Exposition and can be visited today as the Century of Progress Historic District. The houses were moved to the dunes in 1935 by a real estate developer, Robert Bartlett, who dreamed of them becoming part of a resort community on Lake Michigan’s southern shore. Thanks to the Great Depression, this dream failed to materialize. In 1966, the National Park Service took over the area that included Beverly Shores and the homeowners became lessees, but the houses fell into disrepair. In recent years, Indiana Landmarks intervened as an intermediary lessee and added protective covenants, hoping to save the historic houses. So far, it has worked–five of the houses were restored and the House of Tomorrow, with its iconic glass walls, is currently going through restoration (see photo below).

Today the houses live a new life on the bluffs of Indiana dunes. The brilliant pink Florida House quickly became a landmark for boats on Lake Michigan. Cars slow as they pass through the District, taking in the view and perhaps some ideas of the future that once was and inspiration for the future yet to come.

Indiana Landmarks on the Century of Progress houses.

More on the houses from the National Park Service, including a page on each of the houses: Wieboldt-Rosetone House, Cypress Log Cabin, Armco-Ferro House, House of Tomorrow, and Florida House.

The Century of Progress Homes from Indiana Dunes Tourism.

7 thoughts on “The House of Tomorrow Today”

The Harry C. Goodrich House (1895), by Frank Lloyd Wright, is an early design of Wright’s but hints at the Prairie style to come with its strong horizontal lines.
Colonial Revival + red door
When your color palette goes well with your palm trees.
San Francisco’s Painted Ladies. 💛💙