If nothing else, Frank Lloyd Wright is known for his role in creating the Prairie style. His house designs, particularly the later ones, all have similar look to them: horizontal lines, overhangs, hidden entrances. By the end of his career, it was these designs for which people flocked to Frank Lloyd Wright. But in 1895, a customer requested something rare in Wright’s lexicon: a Tudor Revival. This is, in fact, the only Tudor Revival house Wright designed, and is well known to have been disliked by Wright, himself.

The Nathan G. Moore House is located in Oak Park, Chicago’s western suburb where Frank Lloyd Wright, himself, lived. It was designed with traditional English influences, including Tudor style half-timbering on the upper two floors. Despite the traditional requests of Nathan G. Moore, Wright turned away from these influences to include a broad porch on the south side of the house. While unusual for a Tudor Revival, the indoor-outdoor living provided by a porch is a regular feature of Wright’s houses.

The Moore House was damaged by fire in 1922. This was a blessing in disguise, at least for Wright, as it gave him another chance at the house he was never content with (see the original here). In his redesign, Wright introduced more Prairie elements, including heavy overhangs and lines that diverged from the original half-timbering. Some say the result was even more idiosyncratic than the original design. The success of the Prairie-Tudor style fusion may be in the eye of the beholder, but successful or not, the Moore House is perhaps the most eye-catching house on Forest Avenue. 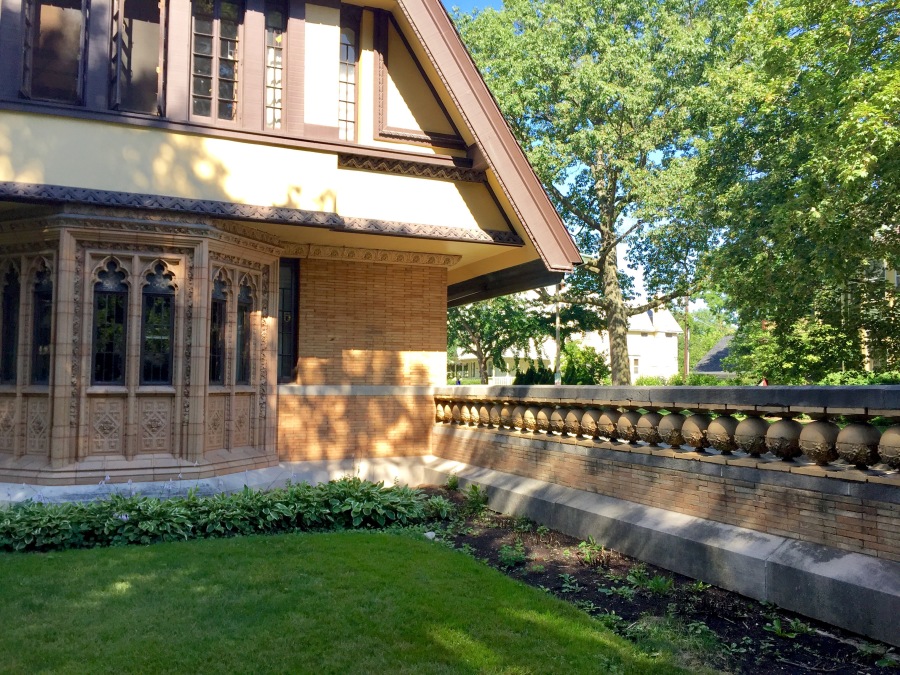 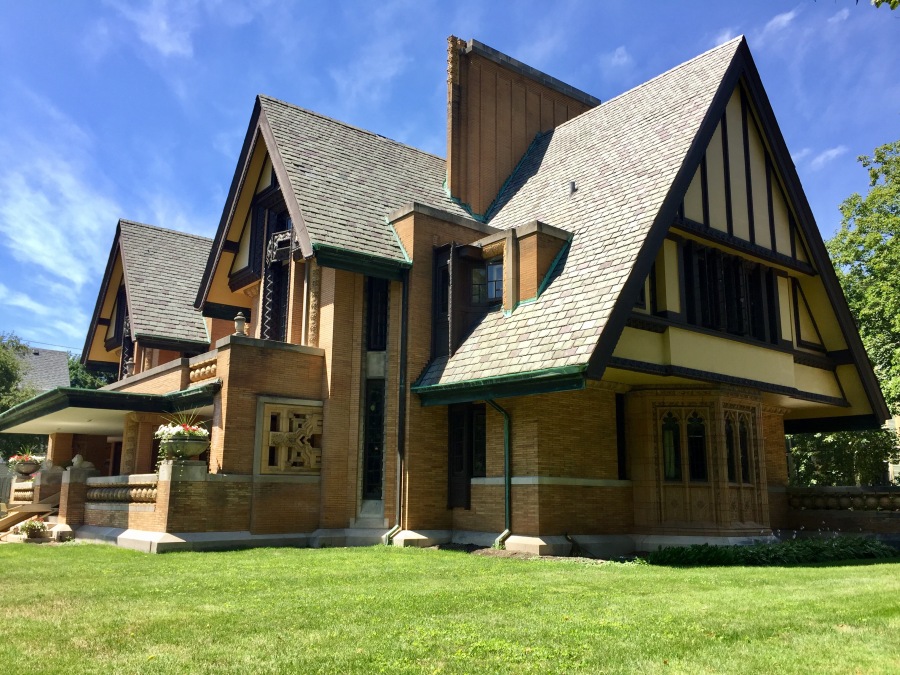 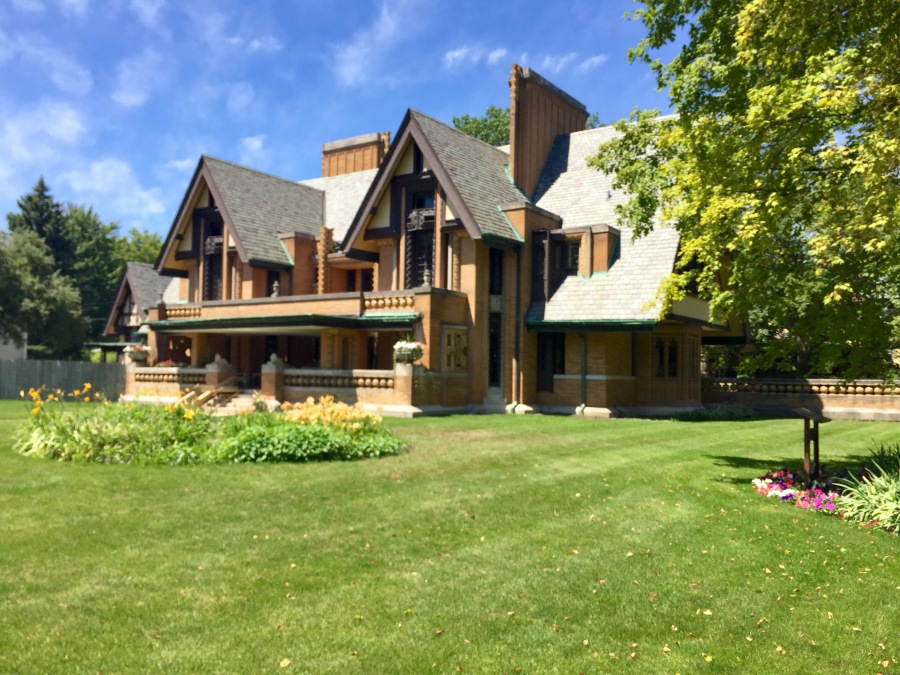 Curbed has a great interactive map of Frank Lloyd Wright buildings in Oak Park, and it includes the Moore House.

The Frank Lloyd Wright Trust has a page on the Nathan G. Moore House, including a photo of the house prior to the 1923 modifications.

The New York Times published a nice round-up of Frank Lloyd Wright houses in Oak Park back in 2015 that includes photos of some of the other houses, as well as more general background.