On a recent visit to Chicago (where I’ve now moved!), I found myself in the western suburbs with an open morning, so I headed straight to Riverside, Illinois. I’ve spend a fair amount of time in downtown Chicago, but the suburbs are a different place entirely, especially if you’re on foot. Riverside is a cornerstone in the history of planning suburbia and I had to see it for myself.

Riverside dates from 1869 and is a train commuter suburb west of Chicago (today it is about a half hour via the Metra or by car). It was designed by none other than Frederick Law Olmsted, of Central Park fame (or Volunteer Park if you’re in Seattle) and his partner, Calvert Vaux. Rather than following a grid, the streets echo the curves of the Des Plaines River and there are a multitude of tiny parks at street corners. Sound familiar? If you are so lucky as to live on a curvilinear suburban street, you may have Olmsted and Vaux to blame. That is just the beginning of the intriguing design features implemented in Riverside. It was encouraged that homeowners not places fences or hedges between front yards, thus creating a continuous green landscape effect. All of the lawns are sloped up slightly, minimizing the visual of the street and maximizing the visual of the lawns.

Of course, it isn’t just the landscape design that is drool-worthy. A number of Chicago’s premier architects designed houses for the neighborhood. William Le Baron Jenney, perhaps best know for designing the first steel framed skyscraper, led the completion of Olmsted’s plans and designed multiple buildings, including the centrally located, fairy-tale-esque water tower. Other architects to design houses for the neighborhood included Frank Lloyd Wright, Joseph L. Silsbee, Louis Sullivan, R. Harold Zook, and William Drummond. The neighborhood as a whole is a National Historic District (it was such an early district, the nomination form, itself, is practically historic!). Two houses in Riverside have National Landmark status in their own right: the Avery Coonley House and the F. F. Tomek House. Six additional buildings within the historic district are also listed as local landmarks.

Riverside is not just a nice Chicago suburb, it was an influential step in the development of modern suburbia. But what else? Actually, despite all of its fascinating features, some of its design elements are slightly dated. Try to drive a car in Riverside and you will realize quickly that Riverside was not designed for cars (re: train commuter suburb. This was 1869, remember). The odd not-quite-round-abouts are mystifying to a passer-through (someone local tell me if there are neighborhood rules!). And the sidewalks, while designed nicely for walking to your house from the train, are sometimes on one side only and can be tricky to navigate for a wandering neighborhood admirer. That said, the carriage houses provide substantial and nicely tucked-away driveways and garages, something that you don’t see in early 20th century layouts like Ballard, in Seattle, were modern cars don’t fit in the tidy little sloped garages.

Riverside is a beautiful and unique suburb, and a captivating glimpse into the development of suburb planning. It is well worth the visit, particularly a visit that allows time for one of several recommended walking loops (a museum with maps is located adjacent to the water tower) and that incorporates traveling to and from the community by train.

The sloped lawns and lack of hedges provide a spacious landscape. 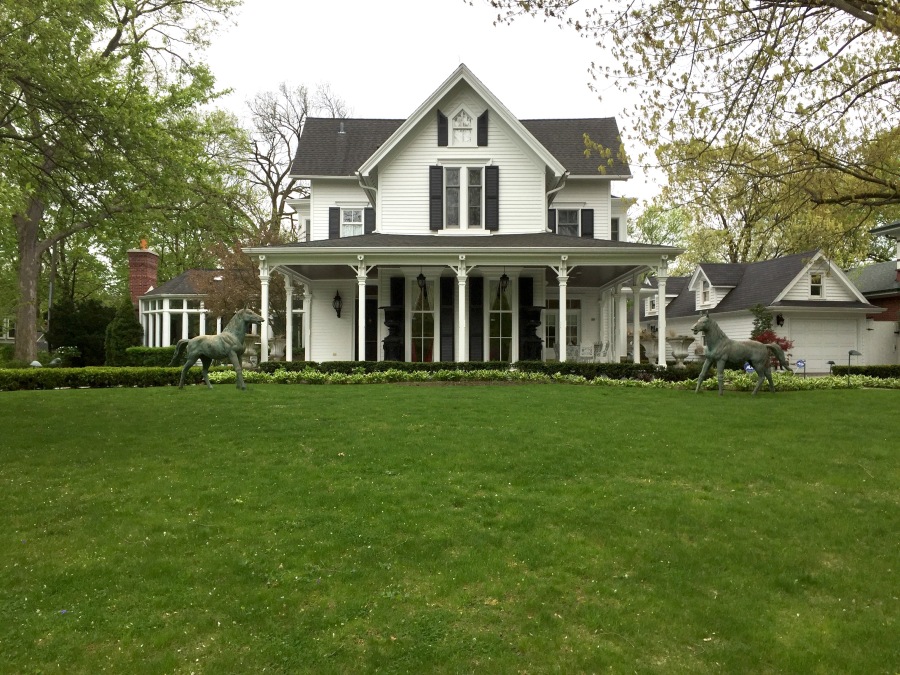 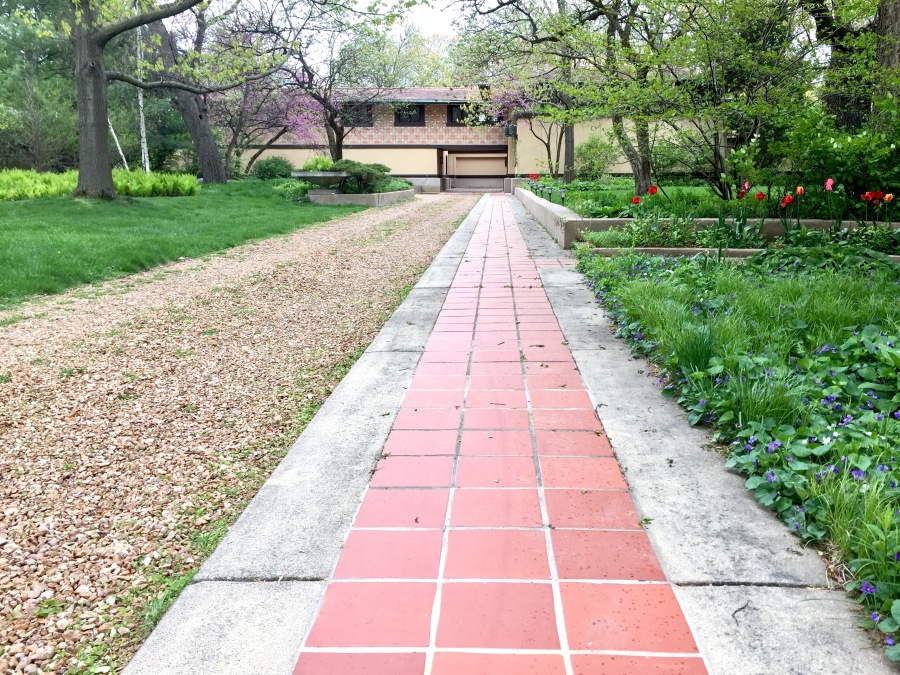 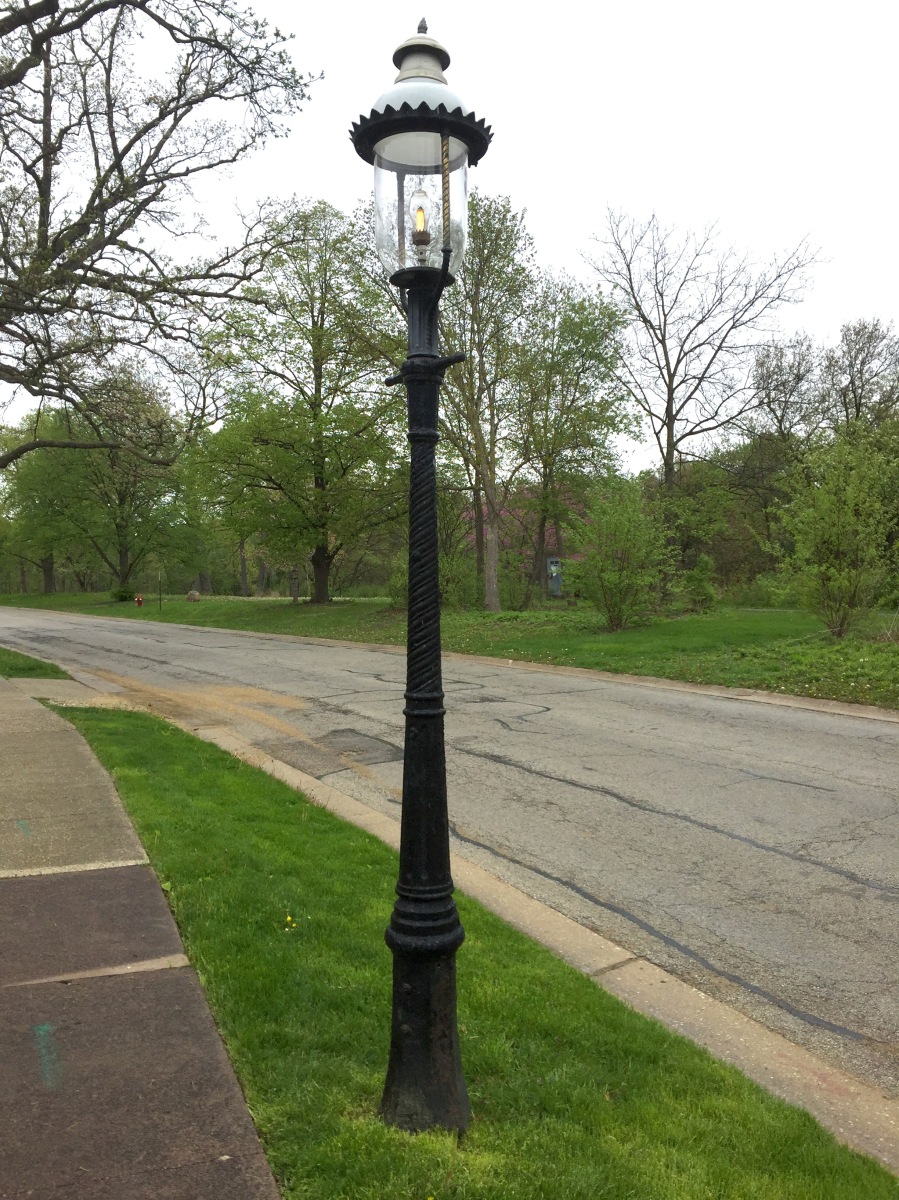 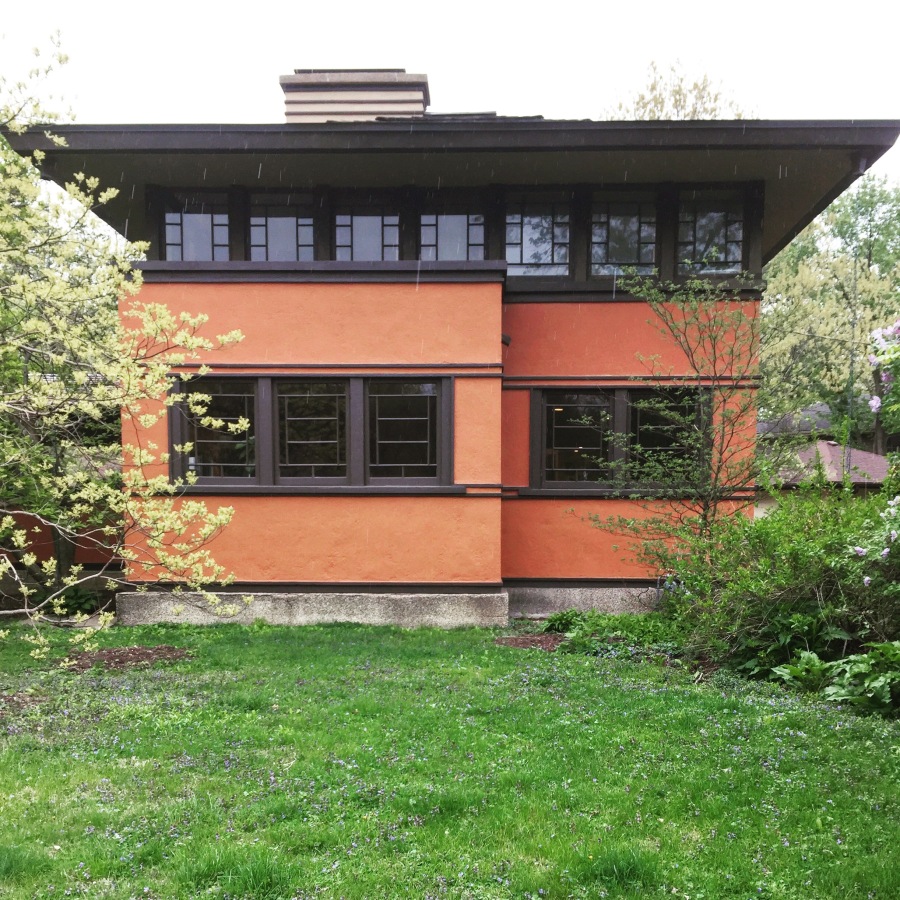