The Fleischmann Planetarium is at once assuring and daring in its construction. The sides taper and hold fast to the ground like two anchors while the ends arch up, the front seeming to defy gravity and directing the gaze up, up to the roof and up to the sky. The shape and curves are fitting metaphorically if not immediately functional for the building’s use as a planetarium. The tall windows, though, bring a sense of air and lightness to the interior, and a sense of wonder only fitting for an exploration of stars and planets. The auditorium itself is a sphere within the main room of the building, not hidden by walls but rather displayed for visitors to see.

It is no wonder that the inner planetarium auditorium (now painted on the exterior to resemble the sun) is on display: the Fleischmann Planetarium (built in 1963) was the first theater in the world to project full-dome movies of weather phenomena. It was originally known as the Fleischmann Atmospherium Planetarium. The Fleischmann Foundation, which funded many other local and national efforts, honored the use of art and modern-day design. This can be seen not only in the planetarium, but also in the Reno Downtown Library.

The hyperbolic-paraboloid-shaped building, designed by Raymond Hellman, continues to draw attention, despite the growth of the University of Nevada campus around it. It captures the imagination and inspires thought, whether for viewers inside the dome auditorium or those passing by on Virginia Street. The building itself seems to be gazing across Reno and up into the stars. 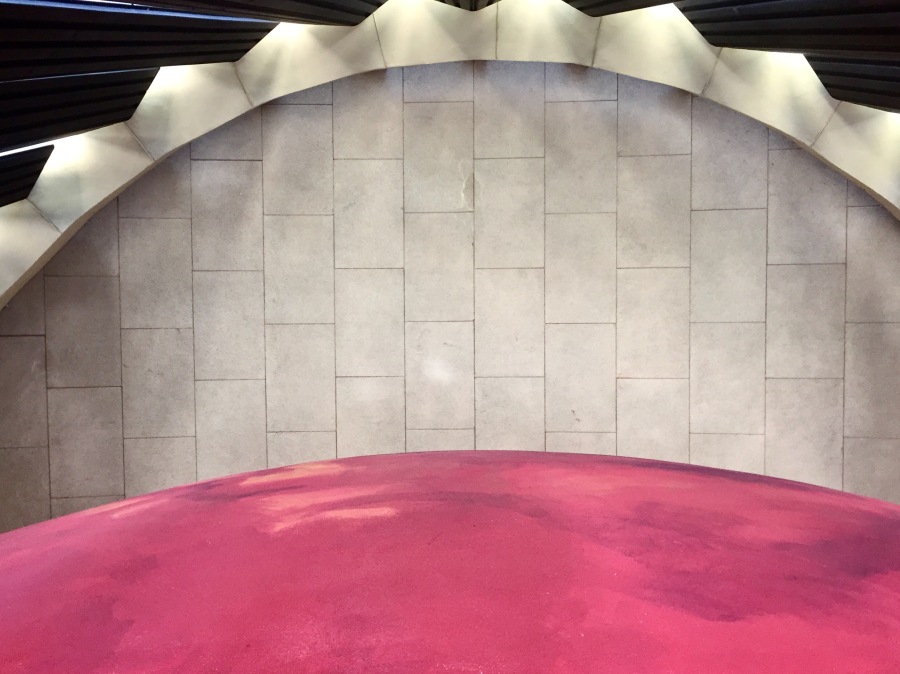 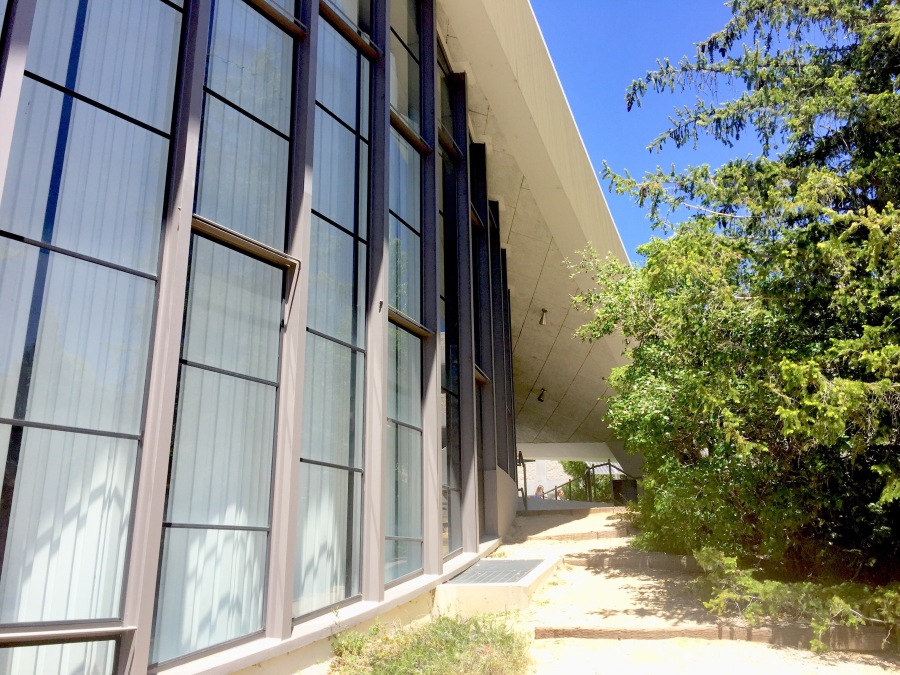 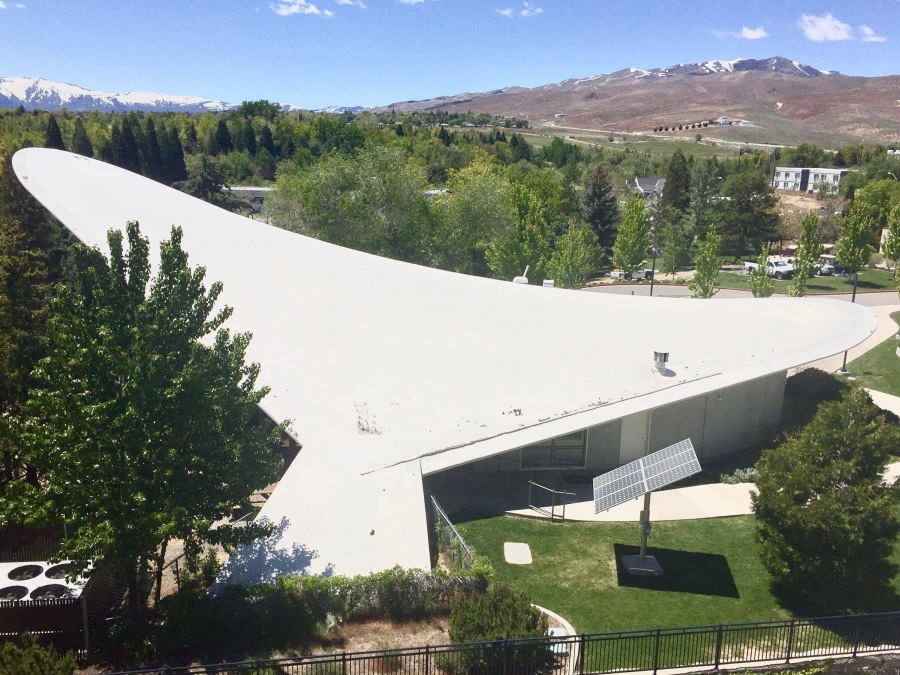 Reno Historical, at UNR Special Collections, has a piece about the planetarium that includes some great historic photos.

3 thoughts on “The Building That Reached for the Stars”

The Harry C. Goodrich House (1895), by Frank Lloyd Wright, is an early design of Wright’s but hints at the Prairie style to come with its strong horizontal lines.
Colonial Revival + red door
When your color palette goes well with your palm trees.
San Francisco’s Painted Ladies. 💛💙