While the Portland Building in downtown Portland, Oregon, has received its fair share of critiques, it is a poster child for the American Post-Modern style and helped define Post-Modern Classicism. It pulls classical details back into architecture unapologetic, though stylized ornamentation. Look no further than the giant ribbons that festoon the building’s upper floors! While pushing the boundaries of Modernism may have veered towards garishness from some perspectives, I’ve personally been fond of the Portland Building since it was assigned to me in a 3D design class in college despite, and perhaps because of, its bold look. What I love most about the Portland Building is its ability to draw eyes and make onlookers think.

The Portland Building was built in 1982. The design, by architect Michael Graves, was the result of a national design competition held by the City of Portland. Graves was of a growing group of architects that wanted to distance themselves from the modern glass skyscraper, seeking rather to recognize a building’s site and historic context through design. In 1985 the building was completed with the installation of the sculpture of Portlandia, a 38-foot-tall goddess who reaches down towards 5th Avenue.

As I circumnavigated the Portland Building recently to take pictures, a passerby stopped to talk to me. “Make sure you walk down that block,” he said. “You have to see the Portlandia sculpture!” I couldn’t help but smile as I continued around the block. The Portland Building may have more admirers than it will admit.

The City of Portland website has a brief history of the Portland Building.

The Oregon Encyclopedia has a great piece on the Portland Building.

Interested in the architect and what he did next? Catch more about Michael Graves here. 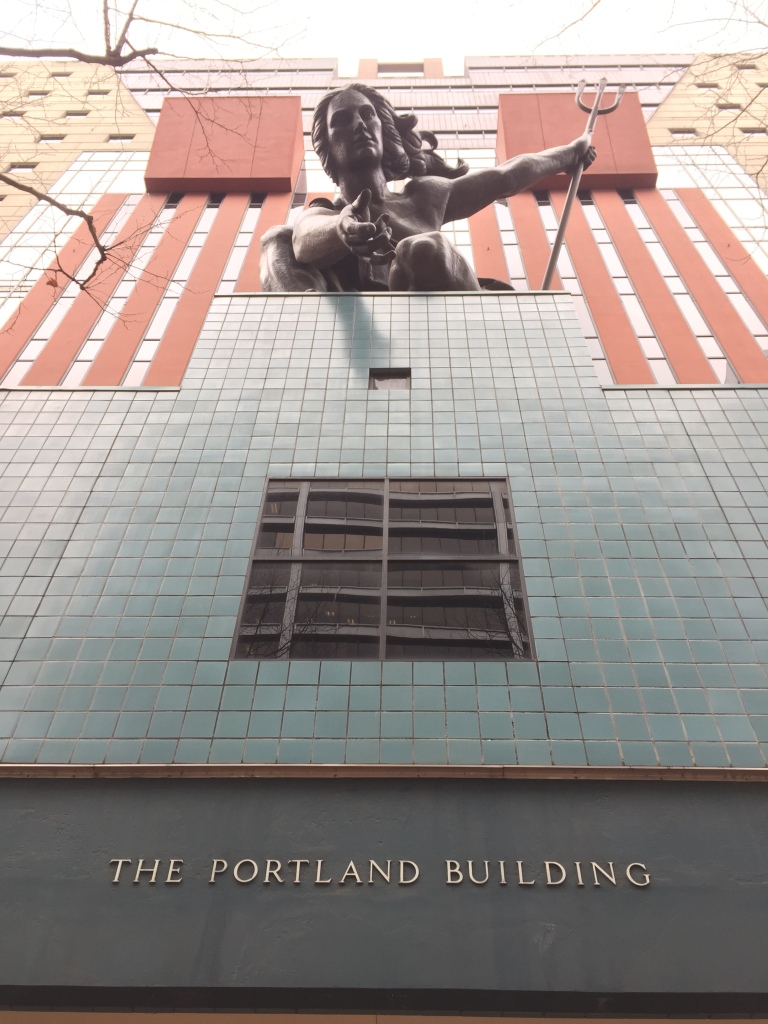