Portland, Oregon, has many interesting architecture and design elements. Every time I visit I find more cool things. One of my favorites? The Benson Bubbler water fountains sprinkled throughout the downtown area. Keep an eye out, the more you look, the more you see! Here, five fun facts.

1. There are 52 four-bowl fountains and 71 one-bowl variations in Portland.

2. There is still a Benson Bubbler in front of Simon Benson’s house to recognize his contribution to the city.

3. The four-bowl bubbler was designed by A.E. Doyle, a prominent local architect who also designed, among others, the Multnomah County Library and Providence Park (home to the Portland Timbers).

4. The fountains use fresh, local water and run during the day year-round, with the exception of days with freezing temperatures.

5. While the majority of the Benson Bubblers are in Portland, there are a few outside the city: one Benson Bubbler is at Maryhill Museum of Art in the Columbia River Gorge; another in Portland’s sister city of Sapporo, Japan; and a third can be found on the University of Oregon campus in Eugene.

If you hadn’t guessed, it was freezing (literally) when I took these pictures. But if you didn’t already catch it, you check out a quick video I took of a bubbling fountain on my Instagram.

Have a great week! 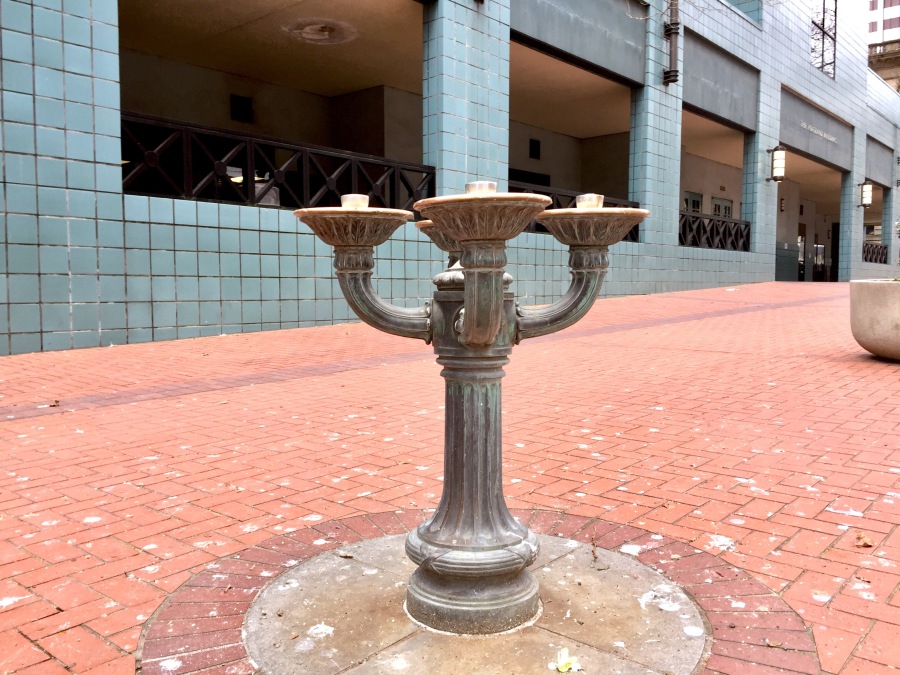