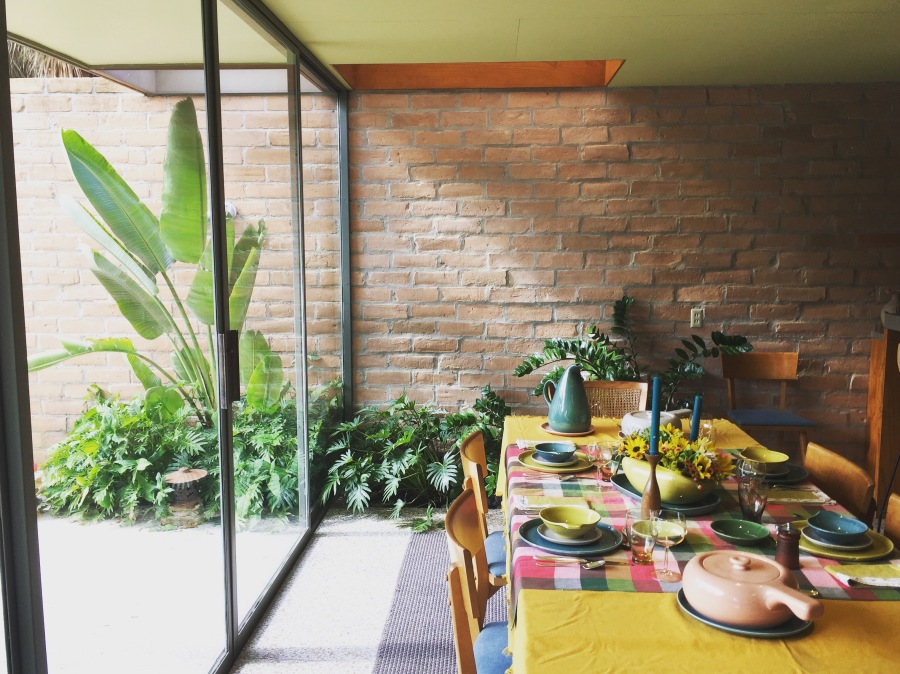 Midcentury Modern architecture has long had its critics. Even I, an unabashed Saarinen admirer (just look at this stunning building), am dubious about my boyfriend’s inherited dining room set that is a dead ringer for this. But Midcentury Modern design is part of a greater trend that has contributed more interior design elements than you may realize to your New Traditional or Ranch style house. Most broadly, we’re talking about open interior layouts and livable outdoor spaces.

While I understand the tendency to lean towards the older and more traditional (I studied history, after all!), what I love about Midcentury Modern is the sometimes deceptive attention to detail and the integration not only of living spaces but of indoors and outdoors (just look at the indoor-outdoor transition in these first two pictures). Midcentury Modern is not, and should not be, just sleek and minimal spaces. It is about anticipating movement of the inhabitants and the seasons. It is livability with pleasing details. And it is about an attention to detail that can make all these aspects fit together seamlessly. 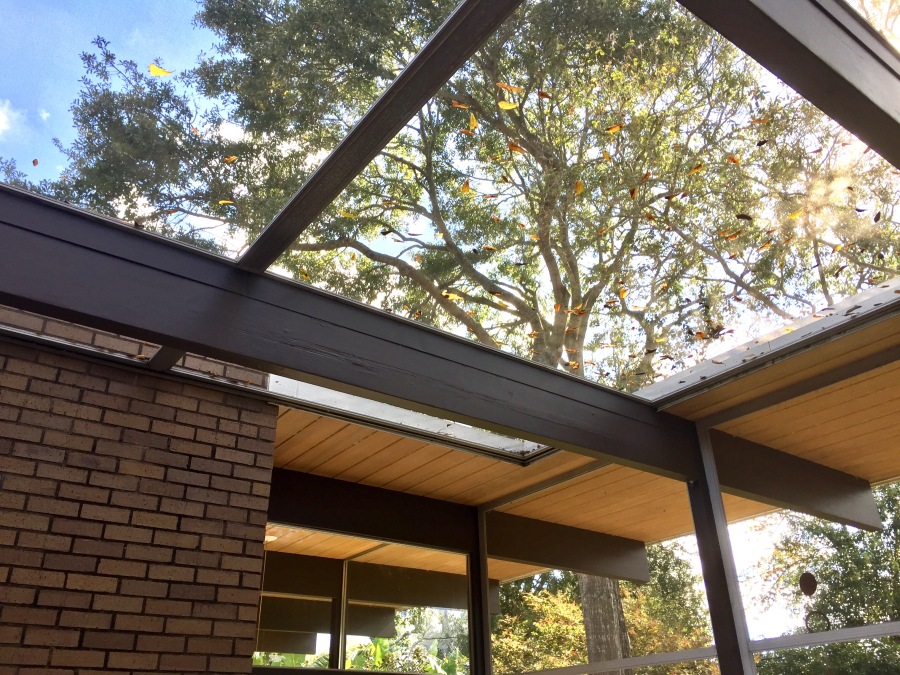 Despite naysayers, Midcentury Modern is gaining popularity in some circles with impressive speed. Exhibit A: Palm Springs has become a hit destination, where visitors flock to Midcentury destinations such as #thatpinkdoor and the amazing breeze block wall at The Parker (stunning even without the zoo animals, but we’ll let that slide). Palm Springs even has a Midcentury Modern focused architecture tour. Meanwhile, trendy shopping sites such as Modcloth are featuring Midcentury-inspired decor, including mugs featuring Midcentury furniture. The New York Times saw this trend coming in the 1990s, but even still may not have foreseen its scale. 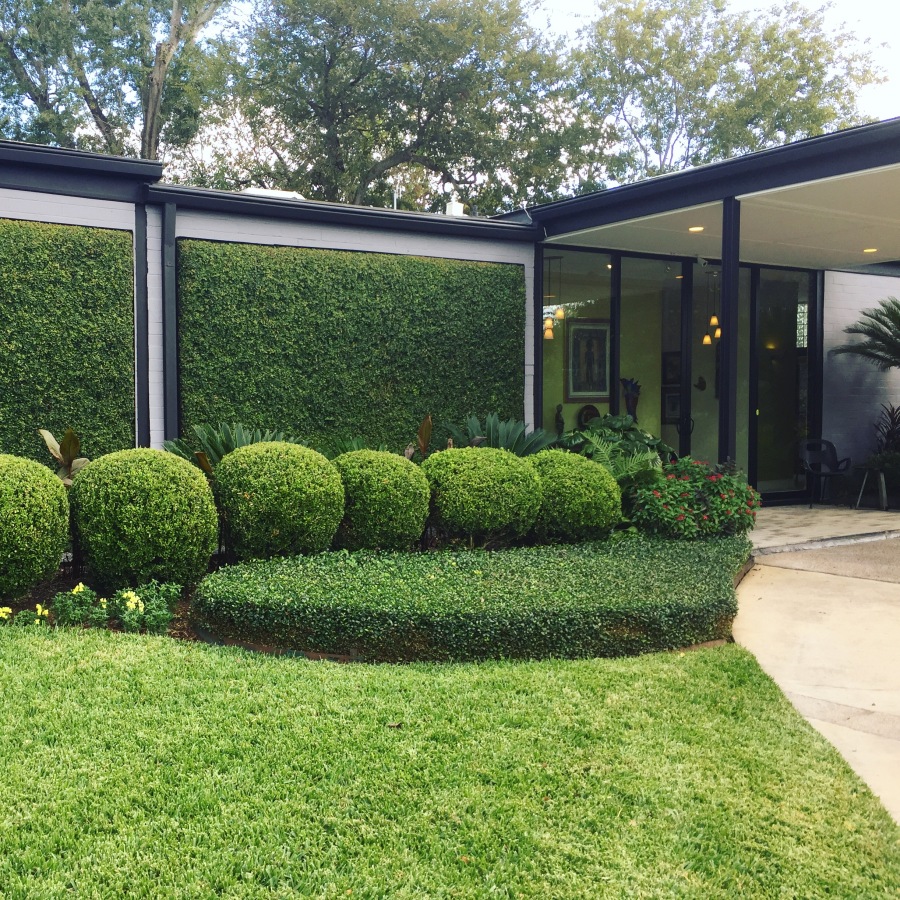 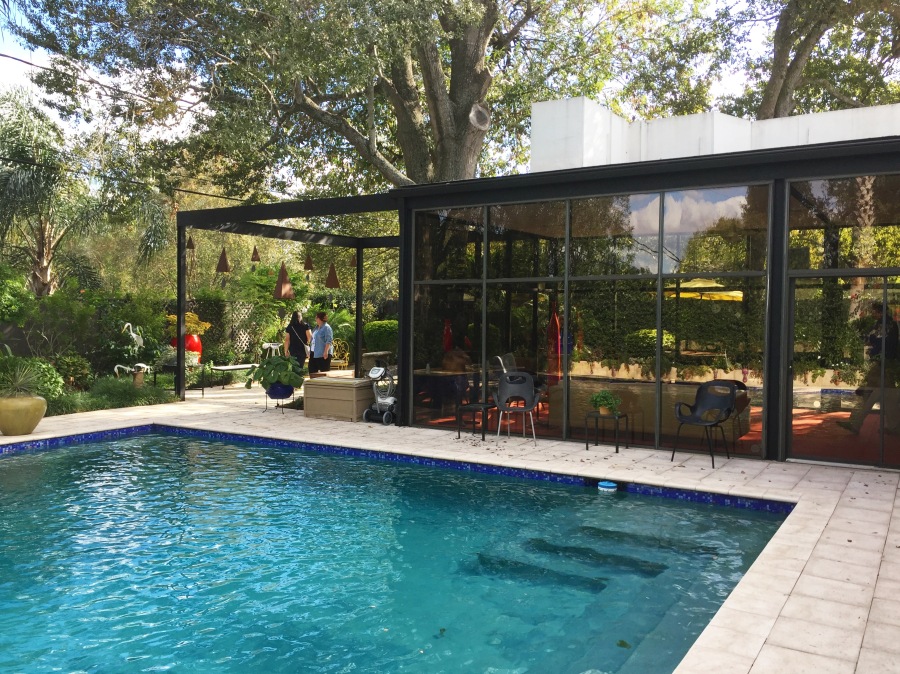 I had the chance to attend a Midcentury Modern field study while at the Past Forward Conference in Houston just before Thanksgiving (perhaps you saw some glimpses of my trip!). What caught my eye? Scroll on to see some of the Midcentury Modern details that couldn’t escape my camera lens. (Still mystified by Midcentury? Read more on how I came to love Frank Lloyd Wright’s architecture, here.) 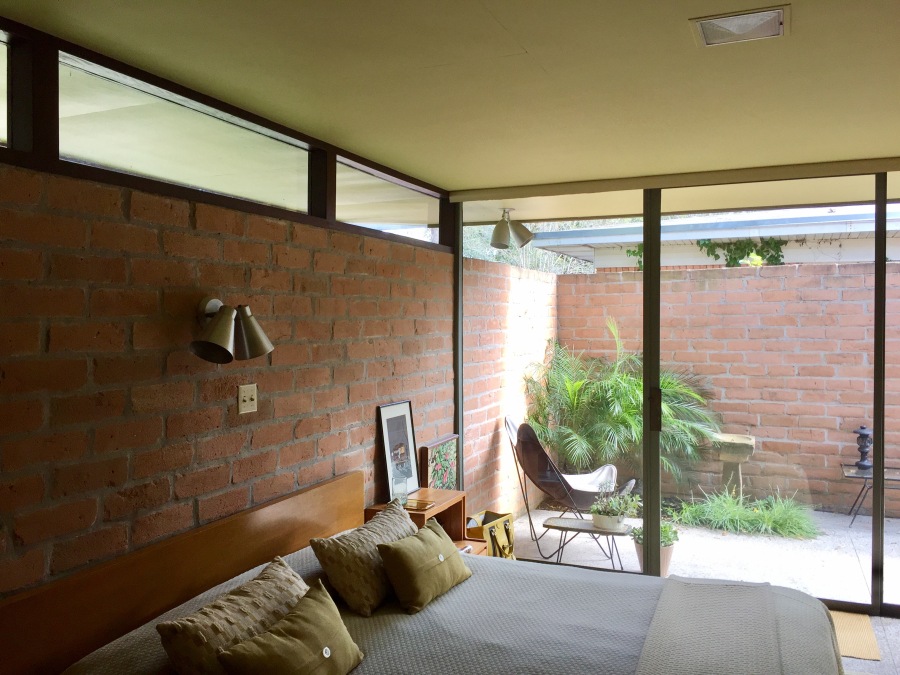 Photo key (all houses are in Houston, Texas):

Finally, if you’re near or ever visiting Houston, they have a Midcentury Modern group: Houston Mod. Their website has a wealth of knowledge on all things MidMod Houston!

Have a great week! 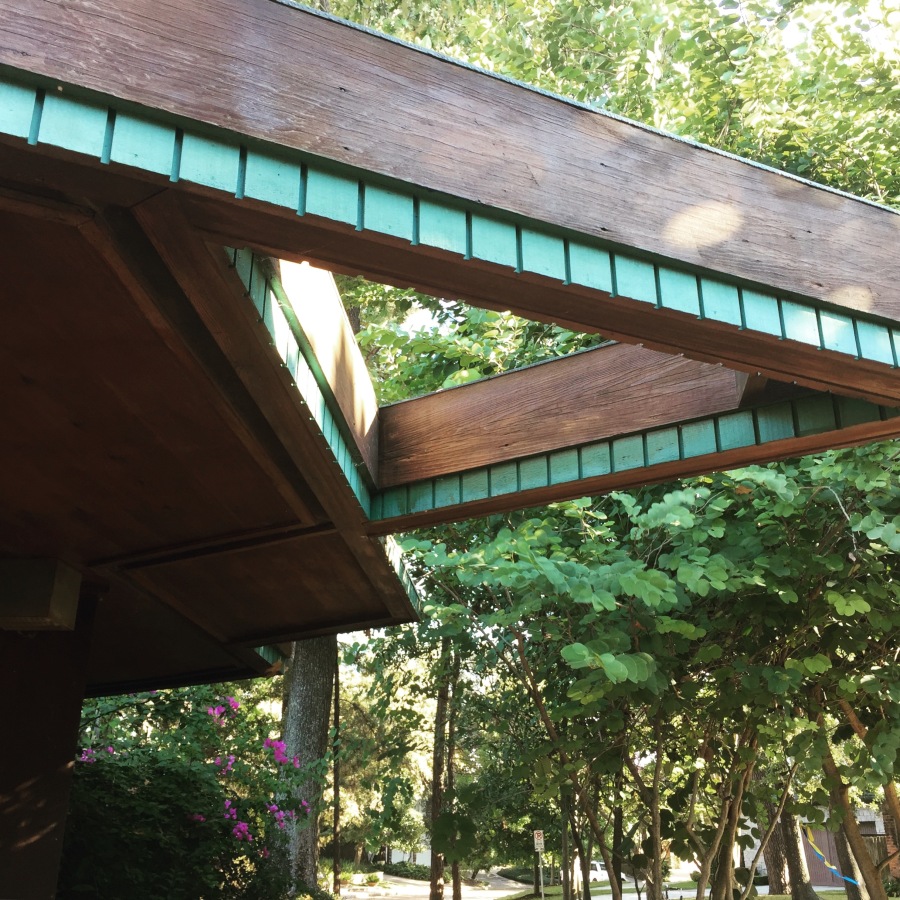 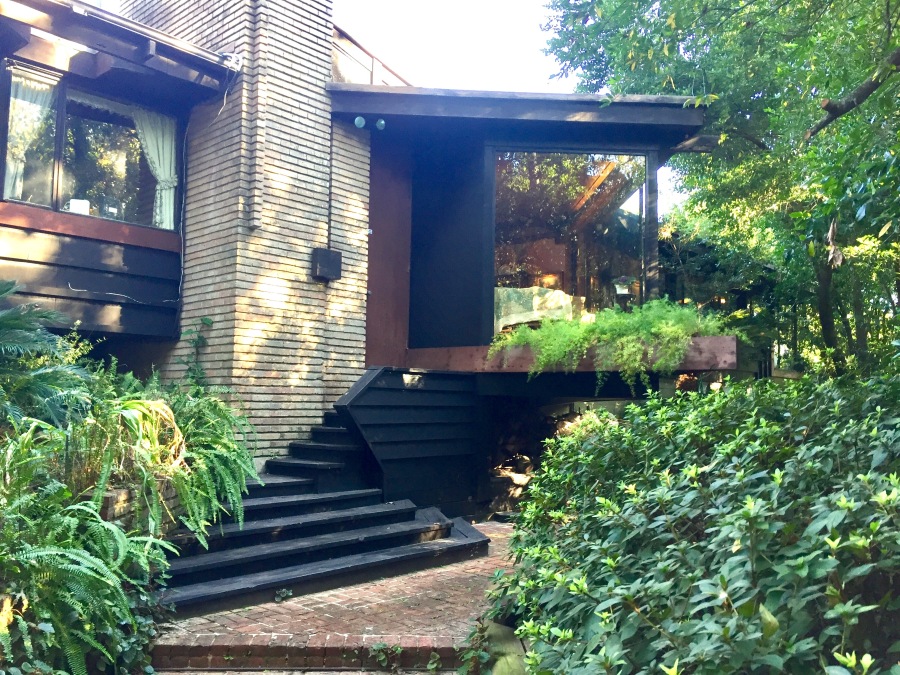 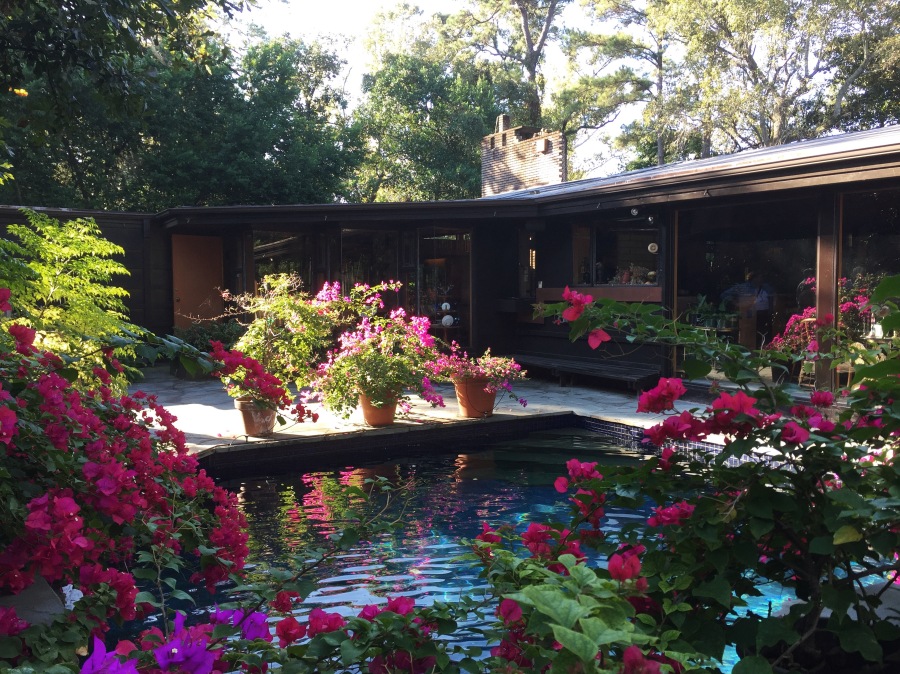