Leavenworth is a little piece of Germany in Washington’s North Cascades… except that it’s not. Not German, that is. So what’s the story?

Leavenworth, located at the confluence of the Wenatchee River and Icicle Creek with craggy mountains rising to the west, began as a log cabin settlement in the late nineteenth century. Mining, logging, fruit growing, and railroads each held promise for the town, but none of these economic ventures stuck. Following the Great Depression in the 1930s, Leavenworth was on the brink of disappearing.

In the 1960s, two men recently moved from Seattle proposed an idea: that Leavenworth take on a theme to boost revitalization, like California’s town of Solveng. Based not on the decent of the residents but on the alpine setting, they proposed Leavenworth take on the motif of a Bavarian village. 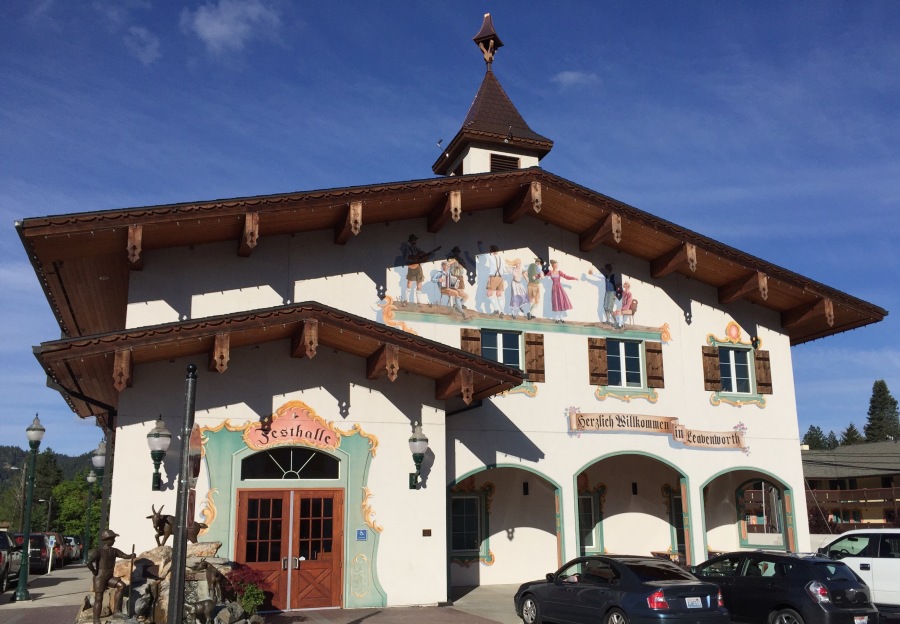 Leavenworth slowly transformed. Walls were stuccoed, murals were painted, and timber framing and deep eaves were added. The transformation was ultimately a success: it saved Leavenworth from disappearing. In fact, it catapulted the town to second-most-visited in Washington (right after Seattle). But, like any place built around tourism, Leavenworth has had its struggles which have left locals and tourists upset. Prices skyrocketed and parking became a challenge. From a historical and design perspective, a 1997 article posed that, “Leavenworth has discarded its heritage.” The Leavenworth Design Review Board has to make impossible decisions, like how to integrate chain stores and non-German ethnic restaurants. Like many tourism meccas, the town can have a gimmicky, unrealistic feel.

Nevertheless, Leavenworth is amazingly fun to walk around. If not to enjoy the dressed-up towns people and gaudy German-inspired architecture, than to marvel at the signs. Because Leavenworth has it’s own “old German” font, and even the chain gas stations and restaurants comply. Leavenworth has responded not to the native cultures of its residents, but to the culture of tourism, and the results are fascinatingly successful. Even I, ever skeptical of unrealistic architecture, decided to follow my curiosity about all things kitsch and enjoy this non-German Bavarian village. In the end, Leavenworth holds no pretenses. You know from that first “old German” 76 gas station on the west side of town that Leavenworth isn’t really an alpine town. Leavenworth is not telling a false German history, it is telling an entirely true history of Leavenworth. And it’s a great history.

Interested in learning more? Look no further than the wonderfully thorough essay over on History Link.

Are you as fascinated by the cultural landscapes of tourism as I am? Hal Rothman’s book, Devil’s Bargains, is a must-read. 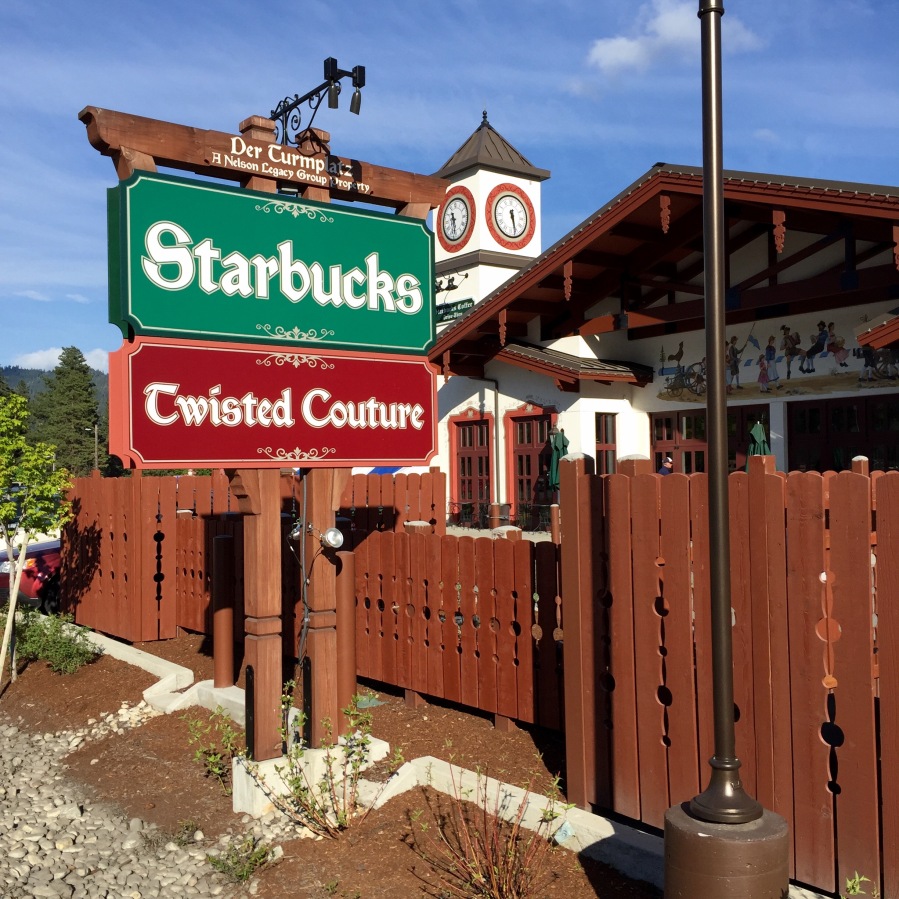 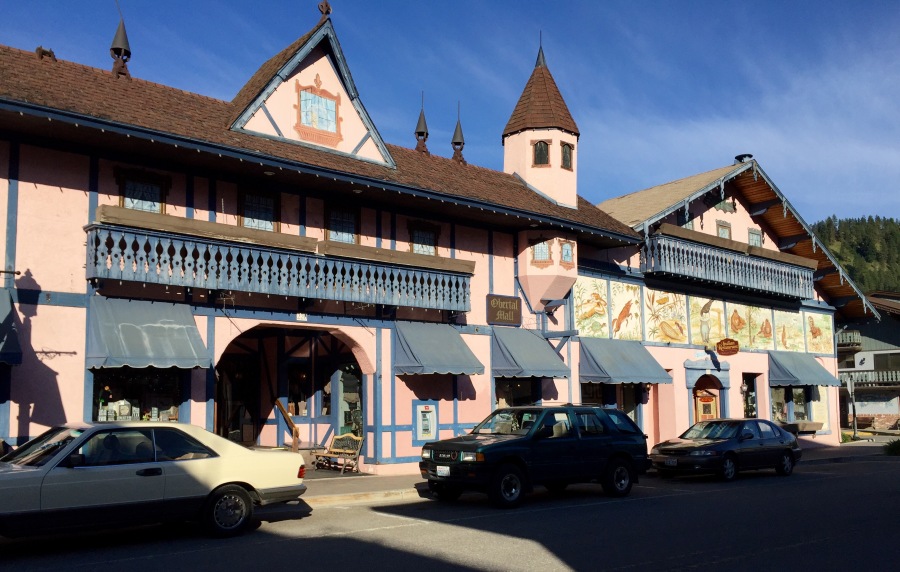 4 thoughts on “The German Town That Isn’t German”